There are a huge number of developers and providers of online casino games, and more of them seem to spring up all of the time. Some of the providers are extremely well known and have been titans of the industry since its inception. Others are far smaller, but still contribute through a number of innovations and high quality releases.

This means that when you investigate which providers an online casino offers, you will want to keep both in mind. In many ways, the big name developers offer enough to satisfy all types of gamblers, but it can also be hugely enjoyable to discover what some of the smaller name developers bring to the table. Here we will introduce you to a few of them, so that you can get a sense of what each one delivers. 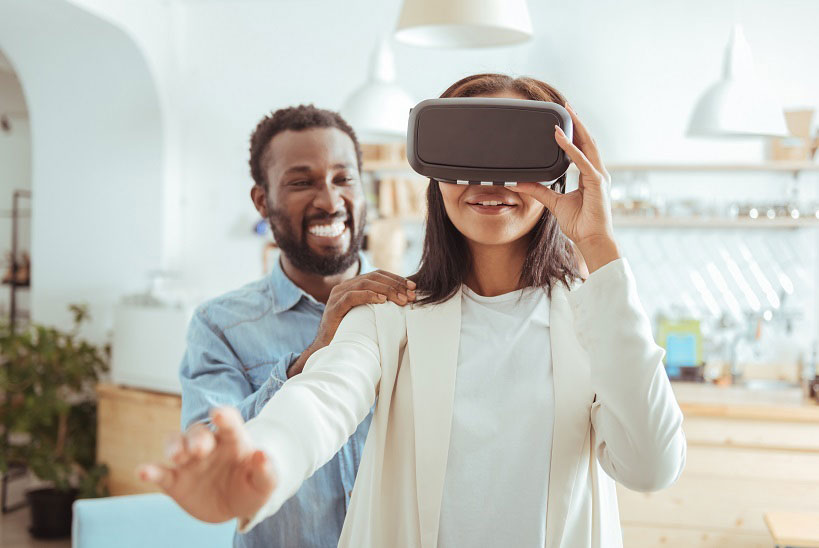 Microgaming is almost the undisputed king of the online gambling industry. The company developed the very first online casino in 1994 and since then, it has gone on to lead the way in many areas. For example, Microgaming developed the first mobile casino as well as the first slot machine to have 100 paylines. Today, it particularly excels in the field of progressive jackpots. It runs a huge jackpot network that has paid out some of the biggest sums of money ever including a jackpot in excess of €18 million.

Microgaming produces many powerful tools for casino operators, enabling them to deliver players a high quality experience. However, if you are reading this, then it is more likely that you are interested in the company’s games. They have hundreds of them, including slots, card and table games, arcade games, and so on. In fact, the only area of casino gaming where Microgaming does not currently have a presence is live dealer gaming.

One of the ways in which Microgaming stays exciting is its work with smaller, independent games studios. It helps these studios bring their games to market as quickly as possible, and it ensures that players have a wide selection to choose from. This includes studios such as Triple Edge studios, Switch Studios, Sormcraft Studios, and more, all of which have produced some extremely high quality titles.

Providing Microgaming with strong competition for the number one spot is Playtech. Playtech is just a few years younger than Microgaming, having been founded in 1999, and is widely respected as one of the best developers of casino games and software. The company is continually striving to expand and innovate, and through its work, it has become one of the biggest players in the gambling industry.

It is arguable that Playtech’s games are more innovative than Microgaming’s are. While Microgaming’s releases are equally high quality, in recent years, Playtech’s have been more likely to contain exciting innovations. Playtech also has a broader spectrum of casino games and it has a particularly impressive live casino product.

Within Playtech’s portfolio of games, players will find hundreds of slots, an astonishing selection of RNG card and table games that includes a fantastic number of variants, scratch cards, video poker games, casual games, and more. There are progressive jackpot versions of nearly all of these games, ensuring that all types of players have the chance to play for big wins, and Playtech releases new titles on a very regular basis. To top it all off, Playtech also works with a number of smaller studios, ensuring that their content remains fresh at all times.

For a long time, Evolution Gaming specialised in live dealer games. However, in recent years, they have made a number of acquisitions that have significantly broadened their field. The company first purchased Ezugi and then shortly afterwards it acquired NetEnt. With NetEnt came Red Tiger Gaming, and while all the companies have kept their original brand names, it means that Evolution Gaming now deals with far more than live dealer games.

That said, Evolution Gaming is still one of the number one supplier of live dealer casinos. There is some dispute whether Evolution or Playtech has the better product, but there is no doubt that Evolution’s is outstanding. In fact, it has been recognised as such with a number of awards. It has won the Live Casino Supplier of the Year award for an incredible eleven consecutive years at the EGR B2B Awards.

It’s portfolio of live dealer games includes all of the casino classics such as Blackjack, Roulette, Baccarat and various forms of Casino Poker. It recently became the first live dealer operator to offer Live Craps, and it offers a huge number of variants of all of these games as well as tables with betting range to suit every budget, from extremely low rollers to true VIP players looking to bet thousands on each round.

The company also operates a number of gameshow style games. These are designed for casual players who do not enjoy traditional card and table games, but still want to enjoy the live dealer experience. Many of these games are built upon fortune wheels, but they also have games such as Mega Ball, which is a lottery style game, and games built upon the television show Deal or No Deal and the board game Monopoly.

There is no doubt that Evolution Gaming is set to continue to expand and become an even bigger presence in the industry, and all fans of live dealer games should be sure to experience their titles at least once.

Pragmatic Play is one of the most ambitious of all casino game providers. The company was established in 2015 with a very simple aim, “To be the leading content provider to the iGaming Industry, offering a multi-product portfolio that is innovative, regulated and mobile-focused.”

There is no denying that the company has gone a long way to achieving its goals. It began life as a developer of online slots, but has since greatly expanded. It now produces far more than just slots, including bingo games, card and table, games, virtual sports games, and it has started operating a live dealer casino that is rapidly growing.

Furthermore, the company is behind the popular Drops and Wins jackpots, which is a promotional tool that has proven extremely popular with players. It gives those playing its slots the chance to win a huge number of cash prizes on any spin of the reels. They have a number of additional promotional tools, including tournaments, free spins, payout multipliers, and more.

As part of its efforts to reach as large an audience as possible, Pragmatic Play has achieved certification in over twenty jurisdictions, and its games are available in 31 languages and a huge number of currencies. It has been recognised for its work with numerous awards, such as the ‘Best iGaming Software Supplier’ at the International Gaming Awards, and all players are sure to enjoy exploring its range of products.

You have probably seen many casinos offering you free spins on slots such as Starburst and Gonzo’s Quest. Both of these hugely popular titles were developed by NetEnt. While NetEnt may now be part of Evolution Gaming, it has a truly impressive history as an independent developer of slots and online casino games.

NetEnt is particularly well known for its stunning graphics. It was also one of the first developers to truly integrate bonus features into slots’ base games, which helped make the playing experience more engaging and exciting with every spin. NetEnt’s slots cover an incredible range of styles and themes, and there is something available for every taste. They also have an impressive collection of branded slots based upon various television programmes, films, and brands. This includes titles such as Vikings, Guns ‘n’ Roses, Jumanji, and Gordon Ramsay Hell’s Kitchen.

To give an insight into the size of NetEnt’s operations, the company’s systems handled 58.3 billion gaming transactions in 2019, it has more than 200 active customers, including some of the biggest gambling operators in the world, and it has a portfolio of more than 200 games, which is growing all of the time. 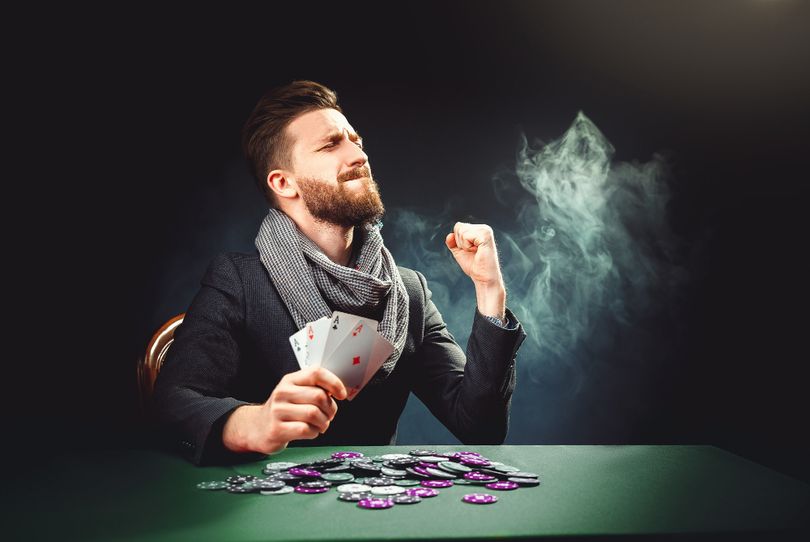 A Guide to Choosing the Best Online Casino 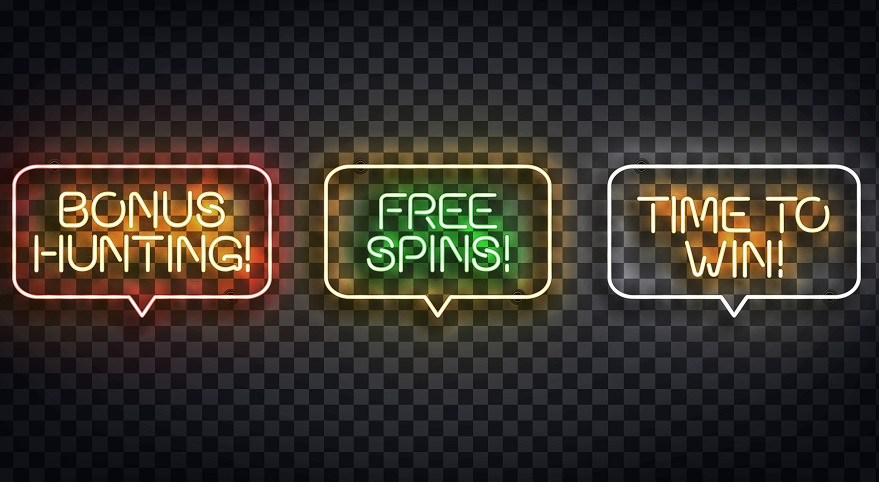 How to Play Free Online Slots 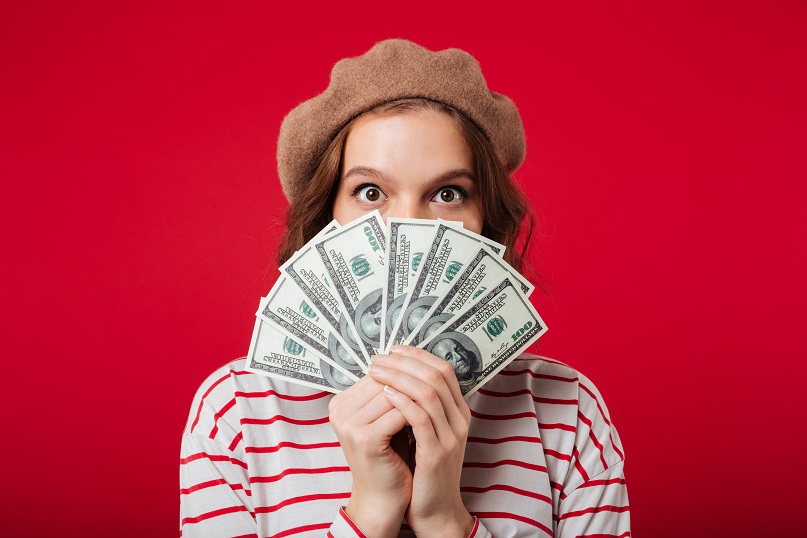 Managing Money When You Bet on Casinos 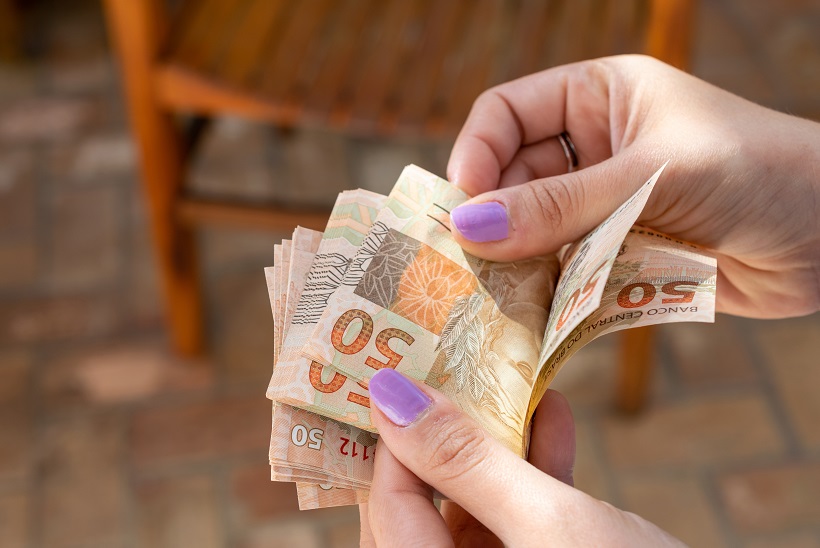 Got a tip for our reporters?

Popular Slots with the Highest RTPs

Up to £200 bonus over first three deposits

A Guide to Choosing the Best Online Casino
Your primary concerns when choosing a new online casino should always be about safety and legality. You do not want to play at an online ca...
Read More

How to Play Free Online Slots
The truth is that most online slots are very similar. You will find the occasional game that offers a new and exciting feature, but most of...
Read More

Managing Money When You Bet on Casinos
Bankroll management is the way in which you handle your gambling budget. However, it is not simply a case of topping up your casi...
Read More

Understanding How to Deposit Real Money at Online Casinos
Regardless of what you are looking to pay for, credit and debit cards are a very convenient payment method. Thousands of people across the ...
Read More

The Top Casino Game Providers
Microgaming is almost the undisputed king of the online gambling industry. The company developed the very first online casino in 1994 and s...
Read More

Popular Slots with the Highest RTPs
If you enjoy the horror genre and vampires in particular, then the slot Bloodsuckers from NetEnt is the game for you. Better yet, it has an...
Read More

Neteller or Skrill – Which is Better for Online Casinos
Security is always going to be the primary concern when it comes to transferring money online. The good news is that the UK Financial Condu...
Read More

The Latest Games from our Top Pick Provider NetEnt
Starburst is one of the most successful slots of all time, and in July 2021, NetEnt finally released a much anticipated sequel, Starburst X...
Read More

How to Choose the Best Prepaid Card for Online Casinos
As you are probably aware, a prepaid card is essentially a voucher with a predetermined amount of money on it. You can then spend this vouc...
Read More